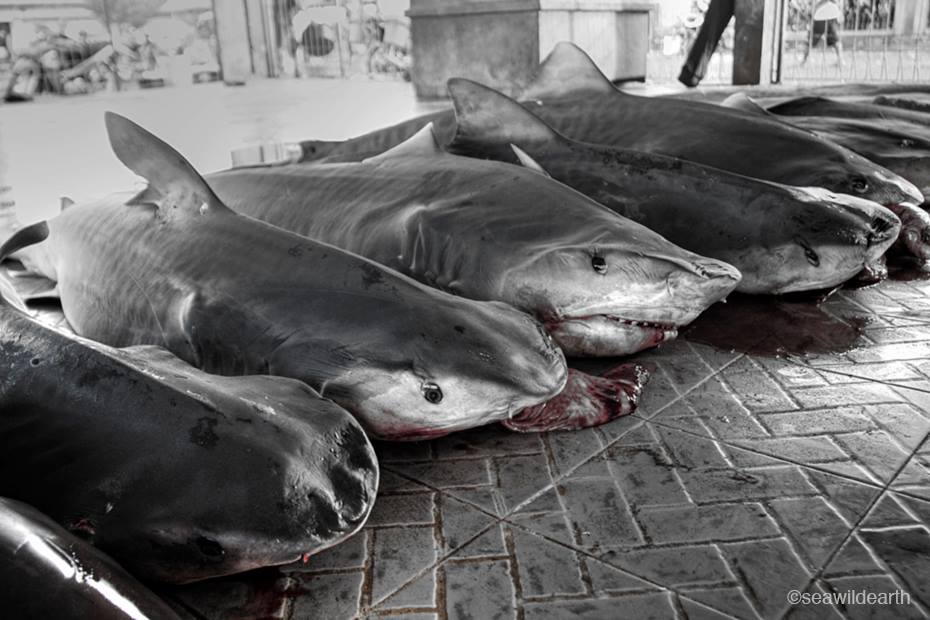 To date, 100 million sharks are killed every year.  Sharks are brutally slaughtered for their fins.  Despite efforts being made around the world to ban shark fin soup, and countries stepping up giving their support for the ban, unfortunately there is still a demand for shark fins.  The rapid decimation of the shark population is largely contributing to the disruption of the balance of ecosystems in the ocean.  Sharks are pivotal to the ocean’s ecosystems.  Bottom line, we cannot afford to lose sharks.

As the tag line reads, from Mark Thorpe’s upcoming documentary FINdonesia, “Being #1 is not always something to be proud of” and that is the case with Indonesia being the world’s leading supplier of shark fins to the southeast Asian trade.  As a dedicated ocean conservationist with a passion for film, Mark has set out on a mission to help protect these majestic animals.  For many, he is a hero.  The aim of his documentary is to shed new light on this pressing issue, and help facilitate a resolution to end the senseless hunting of sharks for their fins.  The documentary is raw and emotionally charged.  Thorpe presents us with a “live view perspective of the harvesting of shark fins straight from the boats and shores of Indonesia,” a vantage point which will leave you profoundly impacted.

I implore you to please lend your support to help educate and raise awareness about the threats sharks face.  Your involvement helping with this momentous project could help make all the difference in changing the future for sharks.  Together we can work towards creating a positive future for sharks, and stop the extinction of sharks from happening.

If you are inspired to help Mark Thorpe in his conservation efforts, and be a part of this incredible documentary then please consider making a donation. FINdonesia  http://www.indiegogo.com/projects/findonesia  Bonus! Each contribution level comes with an awesome perk(s).

For more information on FINdonesia.

Huge thanks to Mark Thorpe and his team for being heroes for the sharks, and fighting for their right to remain on this earth.  Sharks are guardians of the ocean’s ecosystem.  Lets be a guardian for the sharks, it’s the least we can do.