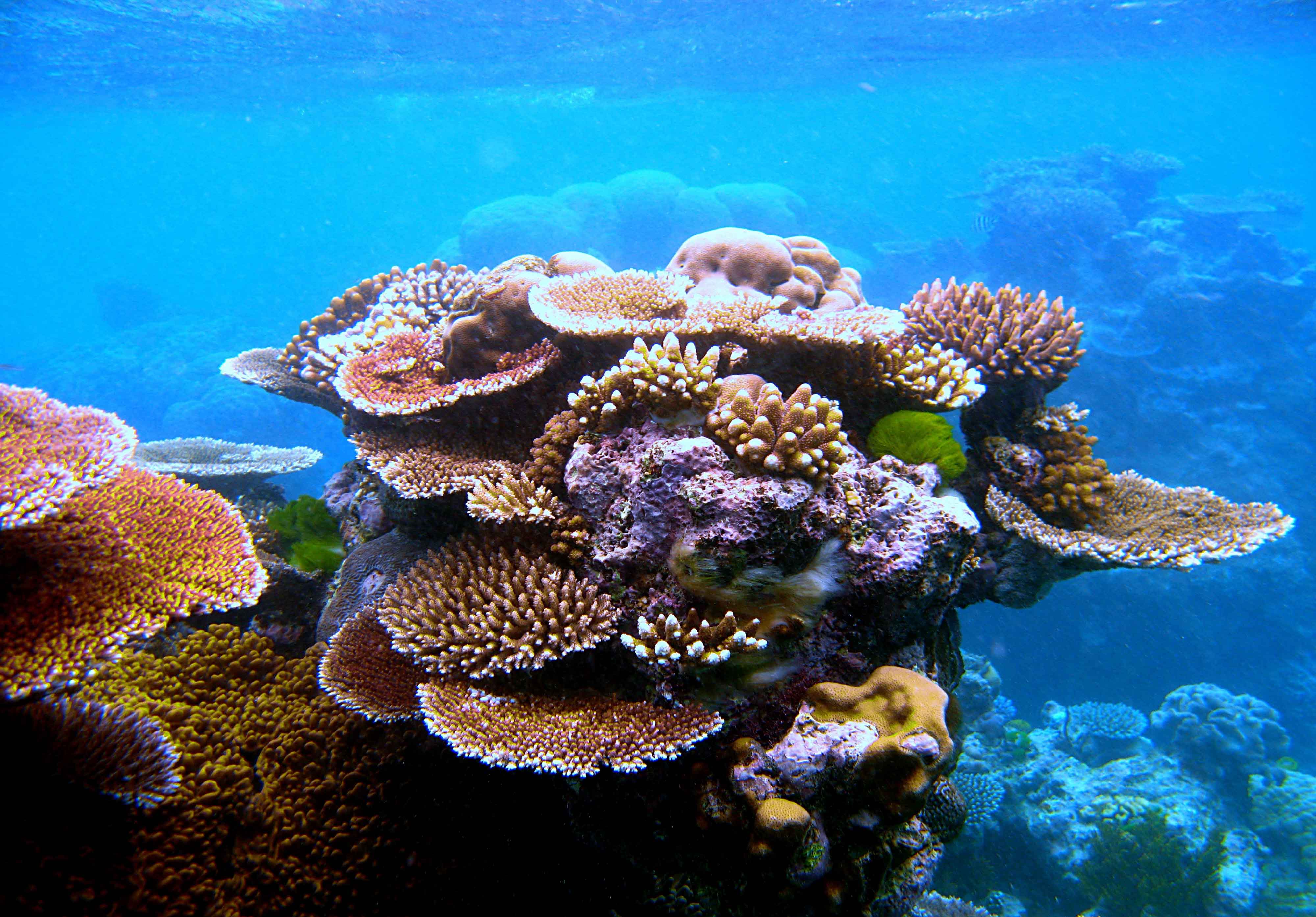 (Photo Credit: Swim For The Reef)

Why do we need to protect coral reefs?

Simply put, coral reefs are some of the most diverse and extremely valuable ecosystems on the Earth.  We cannot afford to lose coral reefs.  Coral reefs have an intrinsic value to both the environment and mankind.

Coral reefs support more species per unit area than any other marine environment, including about 4,000 species of fish, 800 species of hard corals and hundreds of other species. – National Ocean Service Education

Coral Reefs: The Treasure of the Sea

The ocean is full of wonder and enchantment.  Coral reefs are the treasure of the sea. Divers and snorkelers from all around the world flock to countries that have the privilege of being blessed with magnificent coral reefs.  For instance, Australia’s very own Great Barrier Reef.  One of the largest reefs in the world.  On the other side of the hemisphere, the caribbean has an incredible diving and snorkeling experience to offer.  Specifically, the Cayman Islands, are well known for their diving sites, such as: Eden Rock, Devil’s Grotto, Soto’s Reef and  legendary shipwreck diving sites including: the wreck of the Cali, the Oro Verde, Kittiwake Shipwreck and the wreck of the Balboa, just to name a few.  Grand Cayman and its sister islands, Cayman Brac and Little Cayman, offer spectacular snorkeling and diving sites-unlike anywhere else in the world-thanks to our coral reefs.  Our coral reefs are iconic and our national treasure.  Coral reefs are nature’s finest masterpiece and are invaluable. Thus, nature’s raw and natural beauty, like the coral reef, has intrinsic value which cannot be rivaled with manmade possessions. Overall, coral reefs have inherent value. Therefore, islands and countries alike that have the good fortune of coral reefs being a part of their oceanic landscape, have a moral obligation to ensure that their coral reefs are protected and remain healthy.

Coral reefs are home to 25% of all marine life. -World Wildlife Fund

Coral reefs are a main attraction for tourists. Primarily, tourists want to escape into the depths of crystal clear waters, explore the ocean and immerse themselves in the wonder, enchantment and rich beauty of  both the marine life and the flourishing coral reefs. Therefore, it is vital for countries to ensure that their reefs are protected and stay healthy.  Coral reefs are instrumental in maintaining the health and balance of the ocean.  Furthermore, coral reefs are the foundation of the reef community. Marine life depend on coral reefs.  The reef is a natural habitat for marine life such as: sponges, crabs, lobster, shrimp, sea urchin, fish, turtles and others. Coral reefs provide a safe habitat for marine life, which reside near to or on the reef.  Coral reefs are life-sustaining organisms and we cannot afford to lose them.

The total area of the world’s coral reefs amounts to less than one quarter of 1% of the entire marine environment-this being said, coral reefs play a role in supporting and maintaining marine life.- World Wildlife Fund

This incredible habitat for marine life- vibrant in color, spectacular, picturesque, scenic beauty and abundance of life-faces many threats, such as: climate change, pollution, coral mining and careless tourism practices.  For instance, anchors accidentally being dropped onto reefs can irreversibly damage the area of coral reef affected.  Literally, a devastating blow.  Uninformed snorkelers and divers who happen to touch the reef, not realizing the ramifications this can cause to the reef, can harm and even damage the reef.  Likewise, when sediment is being stirred up around or next to the reef, it can pose a huge issue for coral reefs.  Sedimentation has the ability to smother coral reefs.  Essentially, the sediment deprives coral of the light needed for its survival.  Coral reefs need light to grow.   Another alarming threat coral reefs are faced with is coral mining.  It is unconscionable that live coral is extracted from the ocean in order to be manufactured into souvenirs.  Coral belongs in the ocean.  Coral reefs should be looked at with admiration and respect, not touched or removed from the ocean. (World Wildlife Fund) Coral reefs are also faced with ramifications from climate change.  Climate change has resulted in the ocean heating up.  Coral reefs are sensitive to changes in temperature.  Therefore, climate change inflicts great stress on the reef.  Particularly, climate change has resulted in the bleaching of coral reefs and ocean acidification.  Overall, leading to coral reefs being damaged or destroyed.

Why We Need To Protect Coral Reefs

Tropical coral reefs are very productive ecosystems. Not only are do they support enormous biodiversity, they are also of immense value to humankind. – World Wildlife Fund

Coral reefs are integral to maintaining the balance of the health of the ocean and providing a safe and fruitful habitat for marine life.  Coral reefs provide costal protection during storms and hurricanes.  They act as a natural barrier or defense helping to breakdown powerful waves.  This helps prevent costal erosion, flooding and damage to properties on the shore.

A healthy population of coral reefs is fundamental.  Coral reefs can only thrive and survive when they are in healthy oceanic conditions.  Coral reefs are often located in shallow depths of the ocean, because they need sunlight to grow. Corals are also dependent on “zooxanthellae (algae) that grow inside of them for oxygen” (Coral Reef Alliance).  They need clean and clear water in order to flourish.  Murky water and sentiments can prevent sunlight reaching the coral, which is problematic for coral, because they are sensitive to environmental conditions and pollution.  Negative environmental impacts and pollution can be harmful, damaging and even result in the destruction of coral reefs.  Coral reefs need crystal clear, clean water, with access to sunlight, in order to remain healthy and flourish across the sea floor.  Likewise, marine life-which is supported by the reefs-need the reefs to be healthy.  Everything is interconnected, the upset of one element of the eco-system triggers a domino effect, resulting in the potential collapse of other integral parts of the eco-system.

Conservation International has an incredible campaign helping to educate the world about environmental issues and why the environment is worth fighting for and protecting.  Check out this awesome short video, focusing on the coral reefs, narrated by actor Ian Somerhalder.