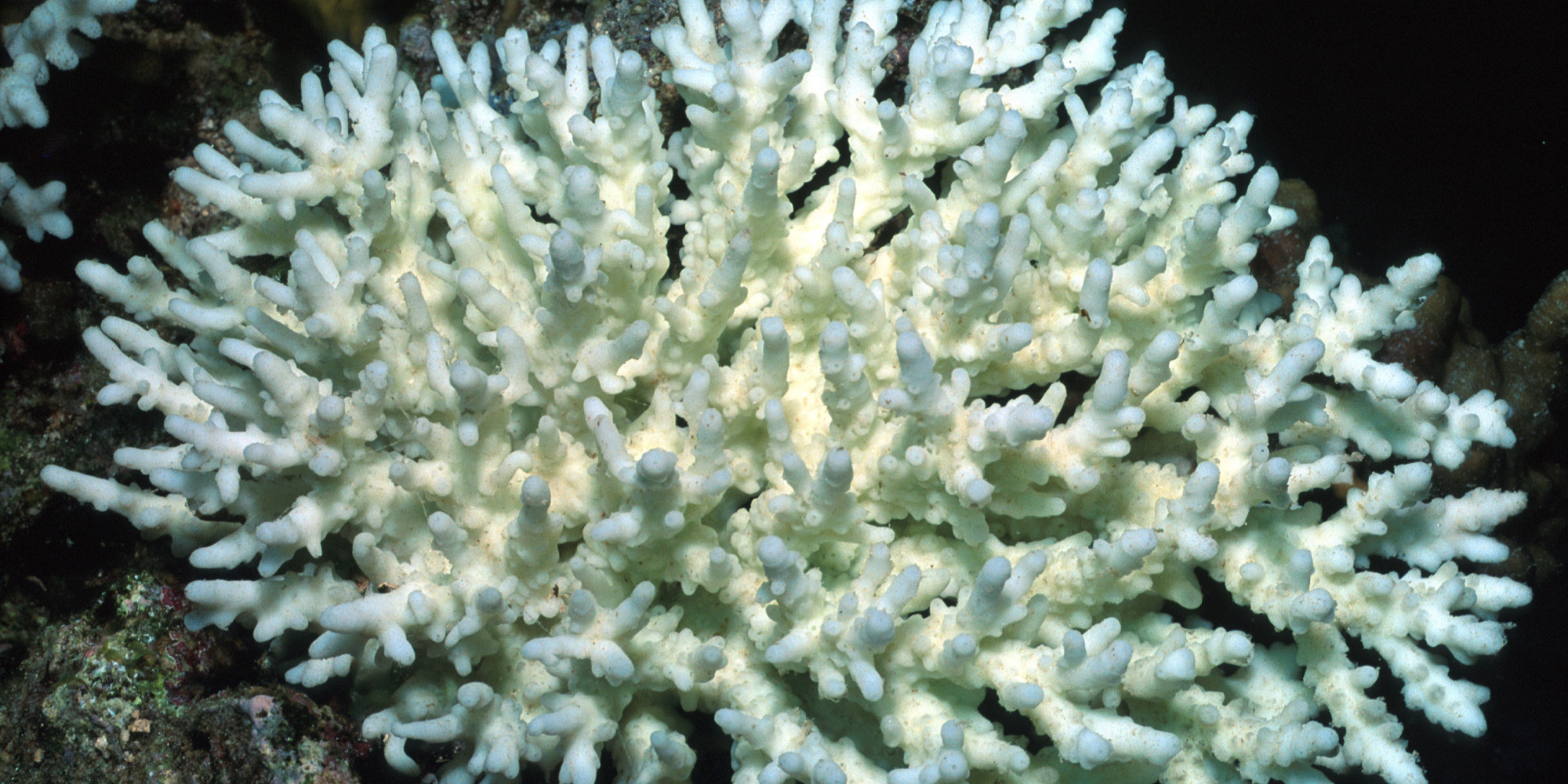 Brace yourself, for the third time a worldwide coral bleaching event is taking place.  A ripple effect has been set in motion.  Climate Change is causing the temperature of the ocean to rise and coral reefs are heating up and stressing out.  As a result, coral reefs are turning white.  Essentially, the coral bleaching is causing the coral’s white skeleton to be exposed.  The distressed coral reefs will have a negative impact on the eco-system and oceanic wildlife that depend on them.

When corals are stressed by changes in conditions such as temperature, light, or nutrients, they expel the symbiotic algae living in their tissues, causing them to turn completely white. – NOAA

Coral reefs are a life support system of the ocean.  They play a crucial role in keeping the balance of the ocean in check.  Coral reefs are a fragile eco-system and oceanic wildlife depend on them for their survival.  Reportedly, “This bleaching event could kill over 12,000 square kilometers (about 4,600 square miles) of reefs by the end of the year, and NOAA warns that with forecasts of El Niño remaining strong until early 2016, the worst may be yet to come” it is heartbreaking to think that world stands to lose a significant amount of coral. (CNN)

Coral reefs are the underwater equivalent of rainforests, and by removing the corals, you remove the trees of that underwater world,” adds Richard Vevers, head of the XL Catlin Seaview Survey.

Coral reefs are incredibly diverse ecosystems and provide a rich habitat for marine life. So, they are considered to be the rainforest of the ocean.  Just like we need trees to provide oxygen and filter the air, we need functioning coral reefs. Coral reefs, like trees, remove and recycle carbon dioxide from the air. The ocean provides 70% of the oxygen we breathe. Thus, it is important to keep coral reefs and the ocean healthy. Coral reefs cover 1% of the ocean floor.  A significant lose in coral reefs is a big deal.  Everything is interconnected and a disruption in the balance of the ecosystem the coral reefs provide will have negative implications.  For instance, coral reefs provide food and shelter for a variety of marine life.  Coral reefs are a fundamental foundation for many food webs.  It is estimated that at least 25% of marine life are supported by coral reefs.  It is vital that they remain healthy and flourish.

There is a possibility that the distressed coral might have a chance at recovery. In some instances, coral as been know to recover and survive a coral bleaching event.  All we can do, is hope for the best.  If there is a chance that the distress inflicted upon the affected coral reefs is not very severe, then they may stand a chance to recover.