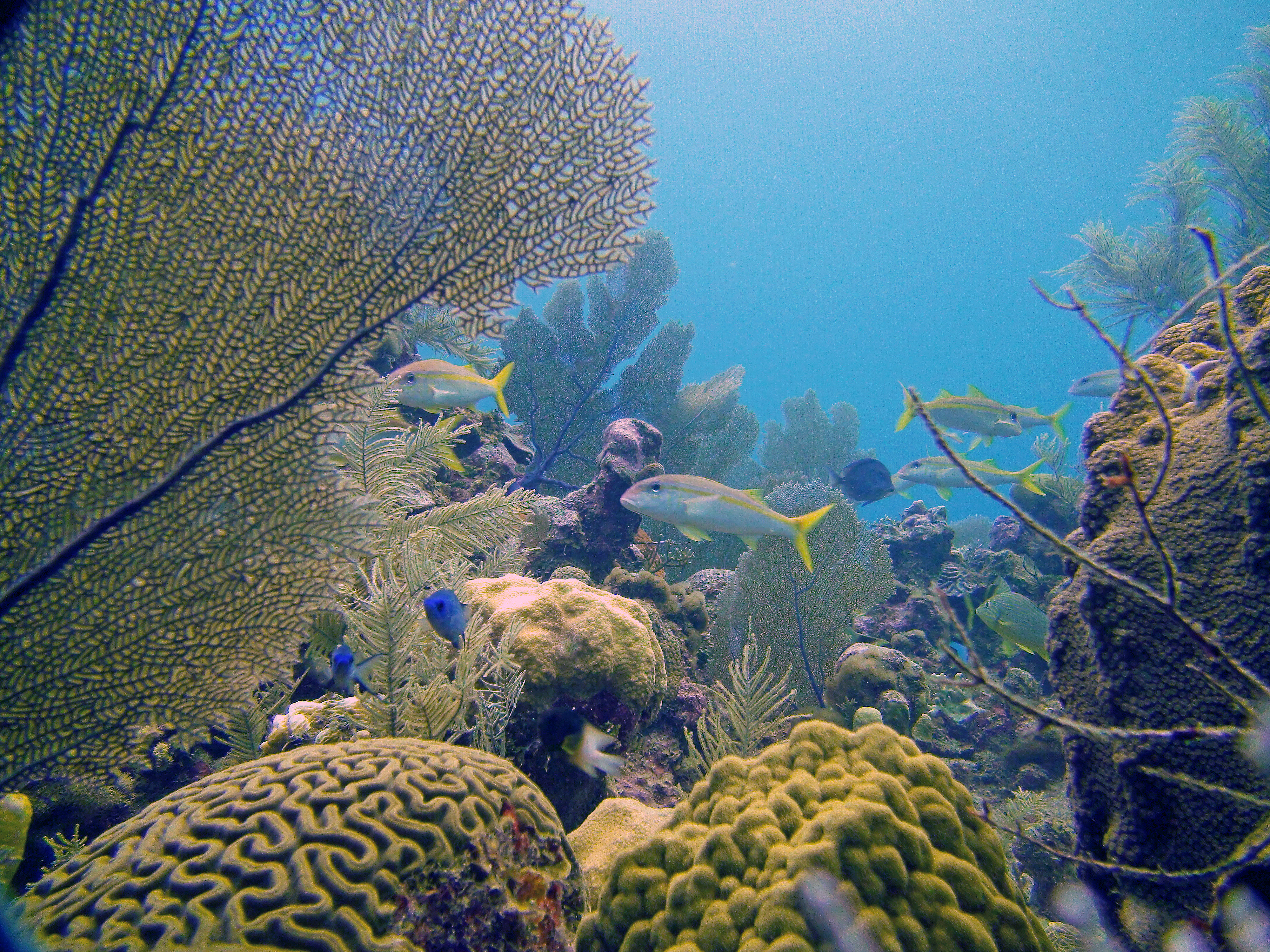 On 23rd September 2017, the Cayman Islands Department of Environment (DOE) documented the first reports of a new coral bleaching event in the Cayman Islands.  Scientists have been investigating how widespread and intense the bleaching is across all three islands: Grand Cayman, Cayman Brac and Little Cayman.  A particularly striking find was on Andes Reef, north coast of Grand Cayman, where there were sightings of coral bleaching happening up to depths of 50 meters.  This year’s coral bleaching event has been meticulously monitored and documented by the DOE and they continue to gather data, photos, videos and conduct surveys to fully assess the impact.  As the DOE documents this stress response, they are paying close attention to 3 particular factors:

1.       Which locations of coral reefs are affected by the bleaching

2.       What species of coral are affected and which are remaining healthy

As sea surface temperatures rise with a combination of extreme amounts of sunlight, Cayman’s corals have been stressed resulting in coral bleaching.  During a bleaching event, corals turn ghostly white —essentially showing their skeleton— a response to extreme stress triggered by abnormally high water temperatures.  This does not mean that the coral is dead, but rather it is in a state of being dormant. Corals exist because of an incredible partnership between animal (the coral) and plant (zooxanthellae).  As corals become extremely stressed they no longer receive their proper nutrition as they expel the symbiotic zooxanthellae that are found within them. Once temperatures begin to cool down corals will start to recover, returning to a healthy state— regaining their vibrant colors as they repopulate themselves with these symbiotic zooxanthellae.  It is important to note, that when a coral reef bleaches it does not stop there.  Like other animals (including us humans), when corals get “ sick” their immune system  is compromised due to the coral bleaching.  This causes the coral to become vulnerable to disease(s) which can cause further damage to the corals and increases the likelihood of coral death.  Moreover, even if corals recover from bleaching, the corals that were weakened often remain vulnerable to additional stressors such as solar ultraviolet radiation, (sun rays).

Coral reefs are an asset to our islands and are our first line of defense during powerful hurricanes.  The Cayman Islands is home to 365 dive sites, making us a top destination for diving and snorkeling.  Thus, it is imperative that we protect our marine environment.  Over the last few decades (since 1980’s) our island went from having approximately 30-50% live coral coverage on our reefs to a drastic drop to 10-30% coral reef coverage presently.  The staggering loss of coral was the result of a combination of coral bleaching events, disease, major hurricanes and other natural stressors.  Unfortunately, other Caribbean islands are also experiencing a low percentage of coral coverage on reefs. As climate change continues to upset the balance of the health of our oceans and as sea temperatures rise, there is likely to be more intense coral bleaching events and negative environmental impacts.

Since 1997, the DOE first began documenting coral bleaching events.  Now, the DOE is expanding their efforts of documenting coral bleaching events by initiating a Coral Watch Programme.  This new program invites the public to assist the DOE in monitoring and documenting the health of our coral reefs. Both snorkelers and divers are encouraged to join the program.  Volunteers are asked to record their sightings of coral bleaching: taking photographs and/video, noting the dive site/location, depth, temperature, date and the percentage of coral bleached and coral within the vicinity that is healthy and/or unhealthy.

Ocean advocates interested in joining the Coral Watch Programme can send an email to inquire further details and sign up: Email: coralwatch@gov.ky

The Importance of Coral Reefs

Coral reefs are invaluable as they are home to diverse ecosystems and habitats for a plethora of marine species.  Coral reefs are the cornerstone of healthy oceans.  The marine environment is an intricate system, as everything is interconnected— even human beings are dependent upon healthy oceans.  There is a delicate balance that must be maintained in order for marine environments to thrive.  Signs of a healthy reef include: healthy corals, an abundance of marine life, thriving populations of apex predators such as sharks, a strong population of parrotfish, and an array of tiny marine species.  Each plays an important role, contributing to the balance of their particular ecosystem.  The fragility of coral reefs is widespread.  Coral reefs are more vulnerable than ever before, and sadly a significant amount of coral reefs have vanished due to harsh environmental impacts caused by climate change, coral bleaching, natural diseases and natural stressors.  In the wake of acknowledging the fragility of our oceans ecosystems the urgency to form new marine protected areas and increase existing marine parks is evident on a global scale.  We cannot afford to lose more of these delicate and valuable ecosystems.  Every second breath we take comes from the ocean, demonstrating our dependency on healthy oceans is both absolute and nonnegotiable.  Our oceans are one of our greatest life-support systems.  There in lies the fundamental reason why we must do everything in our power to preserve and conserve these invaluable ecosystems from both a regional and global standpoint.

There are small actions that contribute to making a positive impact towards helping protect our oceans.  Below are 5 easy ways to help keep our oceans healthy.

5. Keep plastic and debris out of the ocean and/or participate in beach clean-ups