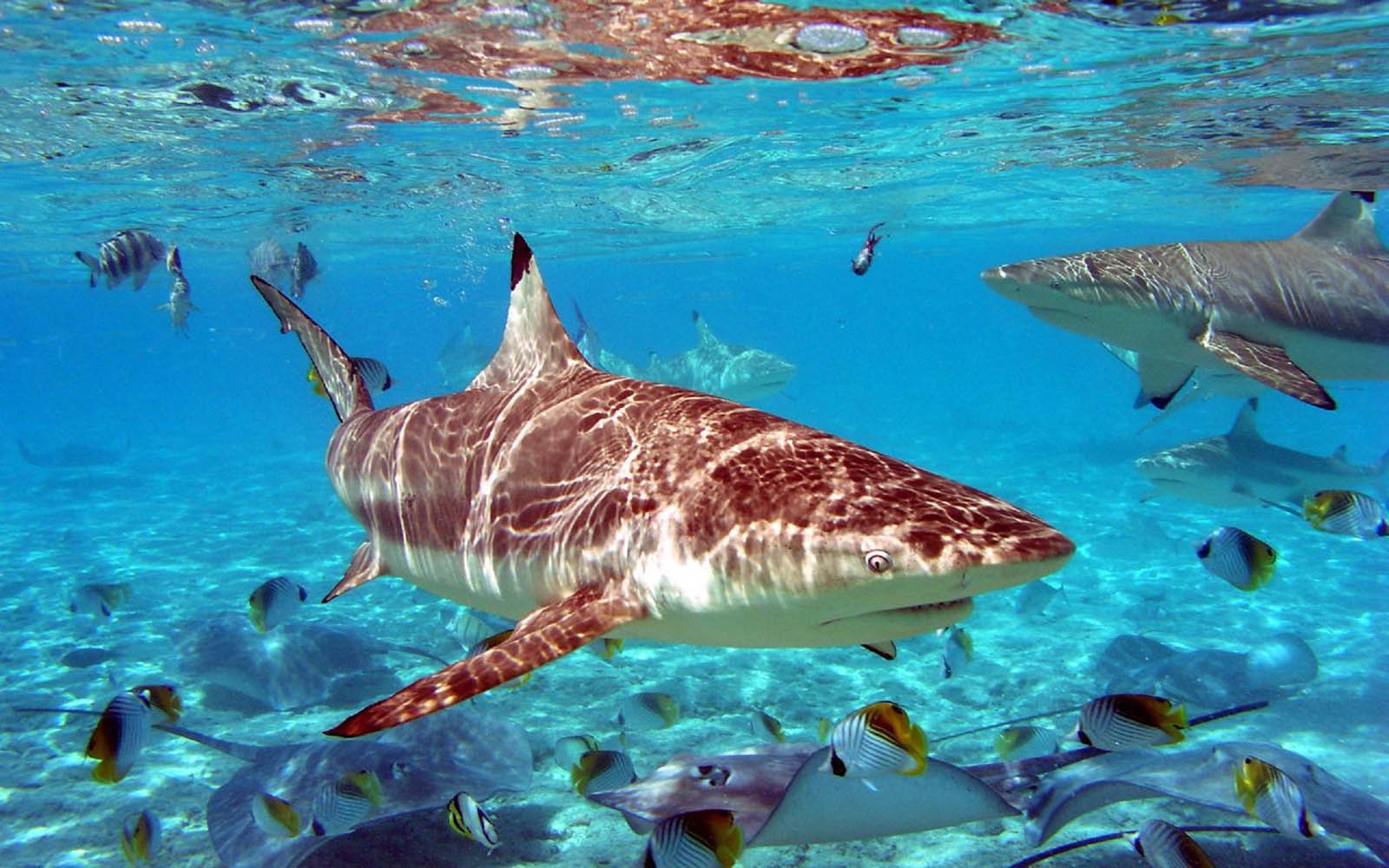 No I have never swam with sharks, though there are times I think it would be really awesome to be able to say that I have, as sharks are an amazing animal.  Last night I watched an incredible documentary called “Sharkwater” by Rob Stewart.  If you love sharks then I highly recommend that you watch it.  The cinematography was absolutely stunning!  The documentary captured so many fantastic scenic shots of sharks and other wildlife which inhabit the ocean.  One of my favorite scenes was watching one of the divers holding a shark and stroking the shark like you would  a dog.  The shark was completely docile.  It was just amazing to watch.  Another scene showed a school of hammerhead sharks, just awesome to see them swimming peacefully in the ocean.

Sadly, sharks are being hunted resulting in the population of sharks being reduced by 90%.  During the time it took to watch the documentary over 15,000 sharks were estimated to have been killed, it just goes to show how rapidly the population of sharks are declining.  There is an urgency to have laws passed to protect sharks.  The documentary really helps to shed light on the illegal poaching of sharks.  It also reminds us just how integral sharks are to the ecology of the ocean and to life on this planet.  Rob Stewart did an incredible job with this documentary.

In relation to Cayman, sadly there has been observations of shark finning taking place in Cayman waters.  Shark fin soup is said to be not a popular dish found in Cayman, but in some instances shark meat has made its way as an occasional feature on local menus. (Department of Environment Website)  Personally, I think shark finning should be made illegal not on just a global scale but in the Cayman Islands, as it is imperative that we protect our marine environment.  Cayman is blessed with incredible diving and snorkeling areas, so we need to protect the wildlife of the ocean, this includes sharks.

On the positive side, the Cayman Islands Sharks and Cetaceans Project was created to bring awareness and educate the Caymanian community about sharks and how they are endangered.  Additionally, the Marine Conservation International is working together with the Department of Environment to provide information on ways to help the Cayman Islands protect sharks (Department of Environment website).

Show your support and check out the Sharks & Cetaceans: The Cayman Islands on Facebook.

Laws and Legislation protecting sharks in the Cayman Islands

“There is legislation prohibiting the baiting or chumming of water with the intent of attracting sharks but this is primarily aimed at shark feeding activities. Sharks are of course protected within local Marine Parks and the Environmental Zones but as most species range over much larger areas than the boundaries of the parks, marine protected areas offer little protection for sharks generally.” (www.gov.ky)

A huge thank you to individuals in Cayman, members of the Cayman Islands Sharks and Cetaceans Project and the Department of Environment, for working towards protecting sharks and preserving the marine life in the Cayman Islands.  God bless you.  Your work is truly appreciated.

Here is a trailer for the documentary “Sharkwater” by Rob Stewart