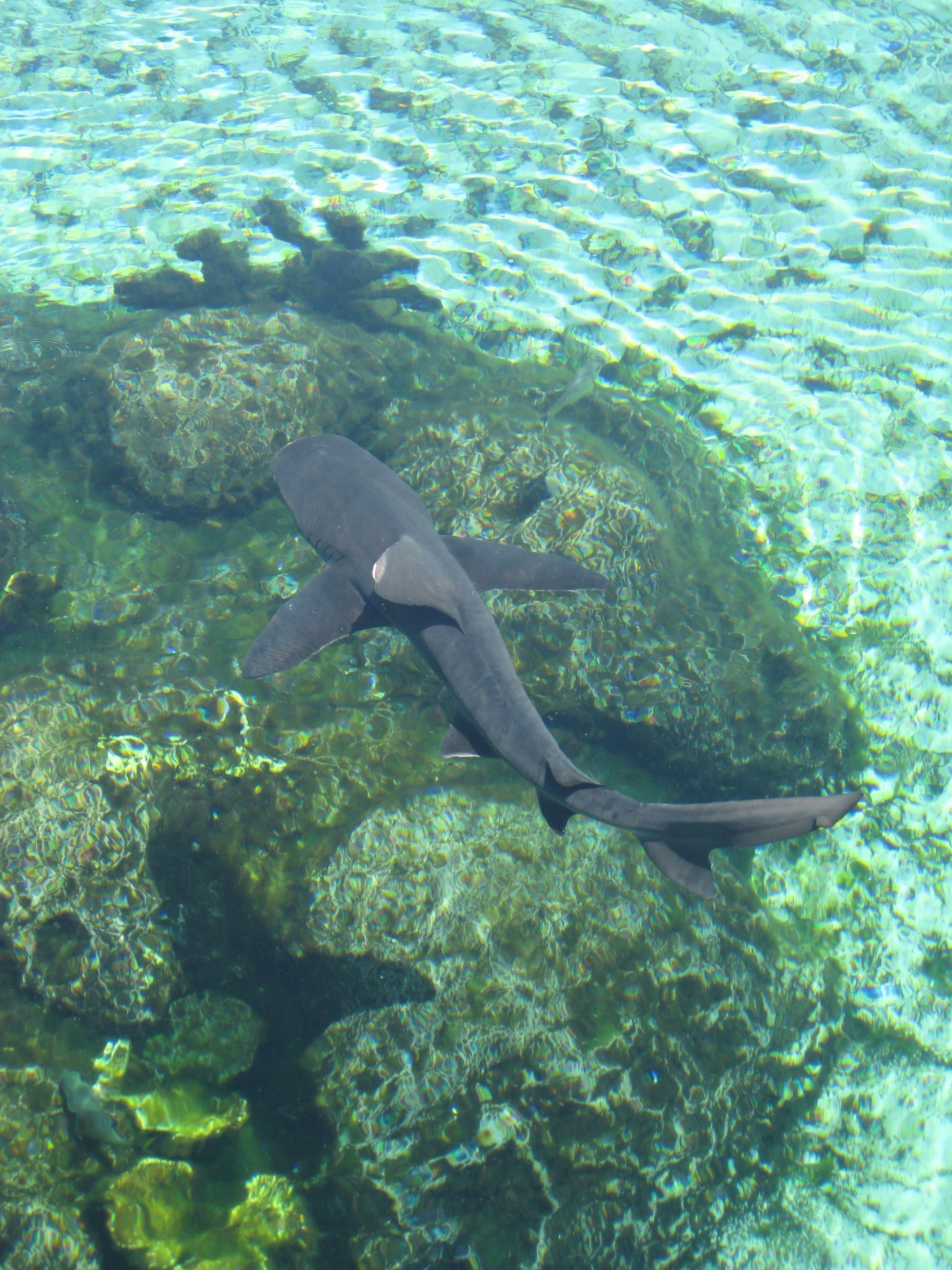 Recently, I had the privilege of watching a short video about sharks in Cayman, filmed and produced by the Dubock brothers, showcasing Cayman’s Department of Environment’s Shark Project over the last few years.  They did a fantastic job!! It was a real treat to see dedicated individuals and the team at the Department of Environment working together to learn more about the sharks that pass through Cayman waters.  After gathering the information, they educate the public about these very misunderstood animals.  The bottom line is that sharks are integral to our ecosystem and we cannot afford to continue losing sharks worldwide at the magnitude that we currently are – every year 100 million sharks are killed.

Generally, the shark projects overseen by the Department of Environment mainly seek to measure the amount of sharks which travel through Cayman waters.  The dedicated team record the various species of sharks which travel through our waters.  They also observe if there are any trends or patterns in terms of where the sharks are coming from and going to.  These projects allow them the opportunity to SPOT and radio tag the sharks, which is not harmful to the animals.  The SPOT tags are primarily for the large pelagic species whereas radio tags are for the small coastal species.  These tags allow the team to monitor their traveling habits and learn more about where they are traveling to once they leave Cayman waters.  Finally, a major component of the project is educating the community about sharks.  The team takes time to visit the schools across the island to teach students about sharks and their importance for the ecosystems.

Huge thanks to Chris and Ollie Dubock for sharing their fantastic film footage of Cayman sharks and a long term project aiming to raise awareness and educate the community about these majestic animals.  Special thanks to Cayman’s Department of Environment for initiating this wonderful project.

Here is the video! Enjoy!!

I implore everyone who is reading this article to help raise awareness and educate others about sharks.  Sharks are probably one of the most misunderstood animals.

Please help save the sharks.

From one shark lover to another xo