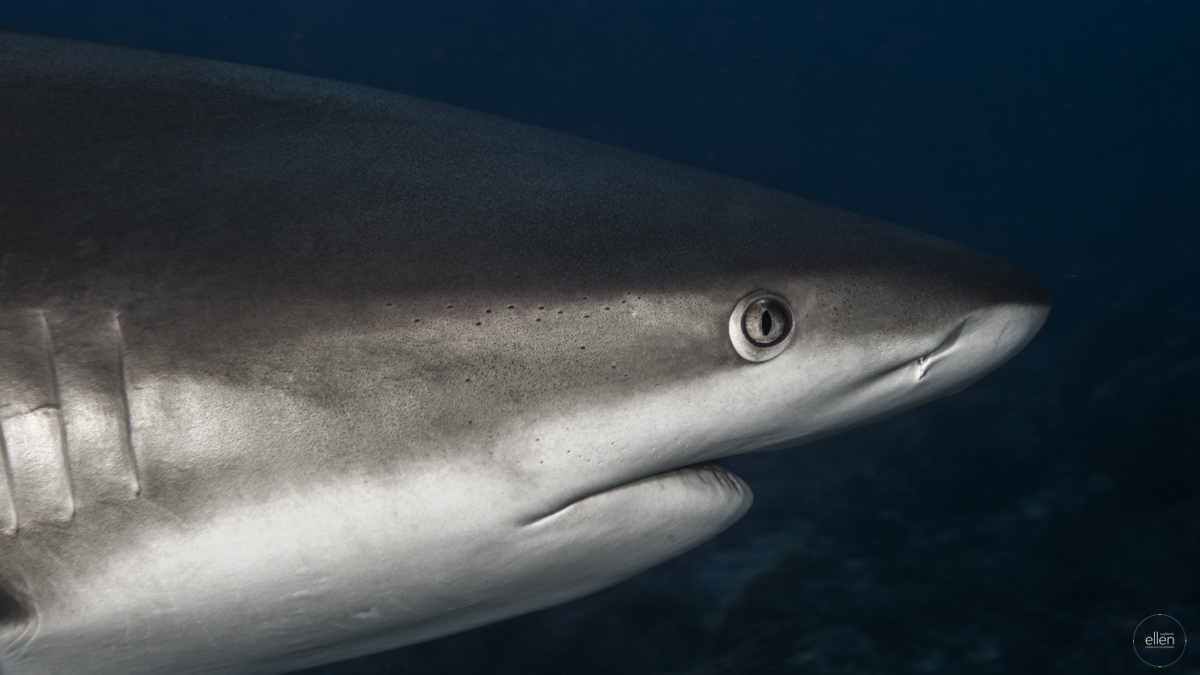 Sharks have been roaming the oceans for over 400 million years and there are about 500 different species that we know of.  They are a majestic and fascinating creature.  As apex predators, sharks play a key role in maintaining the health and the balance of the ocean.  Sharks control populations of various marine species that fall below them on the food web, keeping populations at a healthy size and removing weak and sick individuals. All of which supports a healthy marine ecosystem and biodiversity.  Focusses research continues to allow us to learn more about the characteristics and behaviour of various shark species to give us a better understanding of their important role in the marine environment. Sharks are present in all oceans, and a few species including the Bull shark are able to survive in fresh water. Unlike boney fish, the skeleton of sharks is made up from cartilage.  Sharks control their buoyancy by constant swimming. The perfectly shaped fins and tail provide lift, while the oily liver also helps with buoyancy. Most sharks, like many other marine fish, are coldblooded, but some are warm blooded which allows them to grow and swim faster, for example the Great White shark can swim up to 37 mi/h (60 km/h). Although, there is still so much we have yet to learn about the various species of sharks, one thing is clear: sharks are pretty cool animals!

1. Whale sharks are the largest species of shark, growing up to 40 ft (12 m) long.  Additionally, they are also the world’s largest fish and feed on plankton.

2. Greenland sharks are rarely seen in the wild and is one of the slowest moving fish ever recorded.

3. Unlike marine mammals or some other marine species which use echolocation to detect prey, sharks use electrical pulses.

4. Hammerhead sharks are super cool looking.  Moreover, these sharks have a 360-degree field of vision. Newest research has shown that Great Hammerhead sharks spend a up to 90 percent of their time swimming on their side, at angles of between 50 and 70 degrees to be more streamlined, reduce drag and save energy.

5. Female sharks have much thicker skin and are usually larger in size than males of the same age. The thicker skin protects females during mating when males bite females to hold on.

6. The megamouth shark is one of the rarest sharks. Less than 100 specimens have ever been seen. This shark is a filter feeder, eating plankton, and can grow up to 15 ft (4.6 m) long.

7. The teeth of sharks are covered in fluoride, which make the teeth cavity-resistant. The chemical fluoroapatite, makes the teeth resistant to acid produced by bacteria. On top of that, sharks are replacing their teeth throughout their lives, which means they have excellent dental health.

8. Some sharks glow in the dark. Lantern sharks are able to make their own light through bioluminescence. In the deep sea, velvet belly lantern sharks emit light on spines to warn predators.

9. Females in some shark species, can clone themselves, which is known as parthenogenesis. This means, a female reproduces without the aid of a male shark.

11. Female sharks may be pregnant for a long time. Depending on the species, the gestation period for a pregnant female shark ranges from 5 months to 2 years. The spiny dogfish shark has a gestation period of 2 years, the longest confirmed pregnancy for sharks (and also any animal).