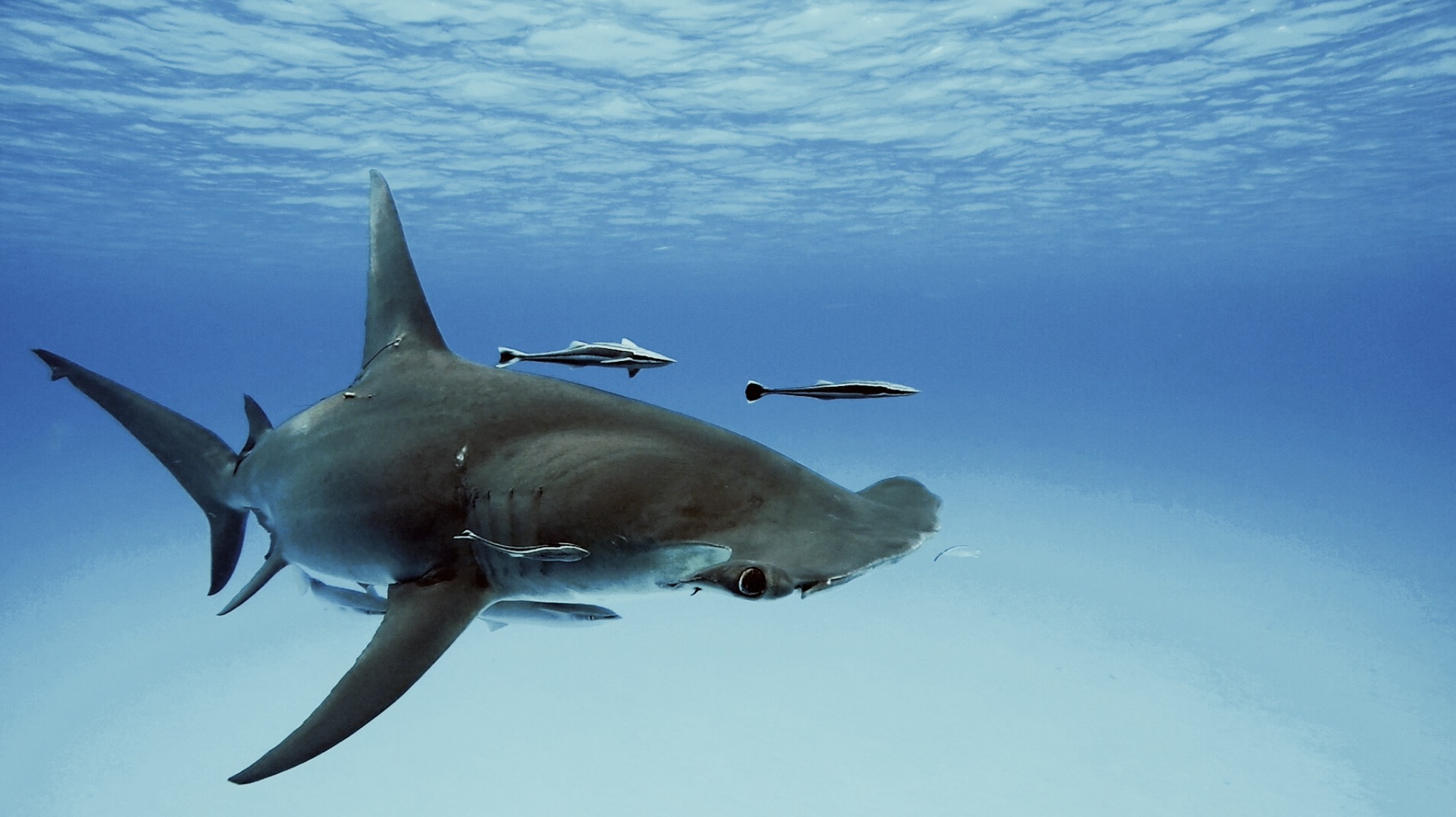 We are honoured to have a guest post written by Julia Barnes.

I was a little nervous to watch Sharkwater Extinction. I knew it would make me emotional. Rob Stewart has been my hero since I was 12. Losing him was devastating and I didn’t want to relive his death. But I was also excited to see his new film, so I attended the premier at TIFF. Hearing his voice and seeing him on the screen, I found myself smiling all the way through. Sharkwater Extinction is not a sad film. It is overwhelmingly inspiring, filled with Rob’s passion and energy. It’s a film that will make you realize you can change the world.

Rob’s voice is a constant throughout the movie. His narration guides you through the story as he and his team investigate the trade in endangered shark species, uncovering corruption, deception, and mafia rings. There are plenty of dangerous, heart-pounding moments. At one point Rob goes into a ship’s freezer, alone, with a camera, to film piles of dead sharks. It would have been too easy for someone to close the lid on him and lock him in the freezer. Later, when Rob is filming driftnet fishing in California the fishermen start shooting at him and his crew.

Rob risked his life again and again for sharks, motivated by a deep love of this misunderstood species which comes clear in moments of stunning cinematography and close, intimate interactions between Rob and the sharks. In this film, Rob shows you the softer, gentler side of sharks. He lets you see how they can be playful and shy.

Some of the most beautiful scenes include Rob freediving with great hammerheads, his favourite species, and oceanic whitetips, sharks who have a reputation for being one of the most dangerous. His peaceful encounters demonstrate that sharks are not the monsters the media has portrayed them to be.

Although Rob changed the perception of sharks with the original Sharkwater and inspired many people to fight for them, sharks are facing more threats now than ever. Sharks are being renamed and fed to us, they’re being added to products like cosmetics, fertilizers, pet foods, and livestock feed. In Sharkwater Extinction Rob goes to a grocery store and finds shark in 30% of the products he tests genetically. He also finds that even products which are labeled as “shark” are not forthcoming about which species it is.

Over 150 million sharks are being killed every year. Sharks don’t have much time before they face extinction. These beautiful predators are crucial to the ocean ecosystem. Sharks have kept the ocean in balance for 450 million years. Now, their future depends on us.

Sharkwater Extinction is a rallying call to action, infused with Rob’s optimism and his belief that everyone can be a hero for a species they love. Rob is proof that one person can make a difference. His footage has already lead to the banning of drift nets in California. Now it’s up to us to take on Rob’s mission and create a world that’s beautiful for all species.

Julia Barnes is the award-winning filmmaker behind Sea of Life. For as long as she can remember Julia has been passionate about the natural world, but it wasn’t until she was 16 that she realized the world she loved was in serious jeopardy. After watching Rob Stewart’s documentary Revolution and learning that the world’s coral reefs, rainforests and fish are expected to be wiped out by the middle of the century she was compelled to take action. Film was the most powerful weapon she could imagine so she picked up a video camera and set out to make a documentary to raise awareness about the biggest threats facing the ocean. Julia is continues to work on new environmental documentaries and short films.