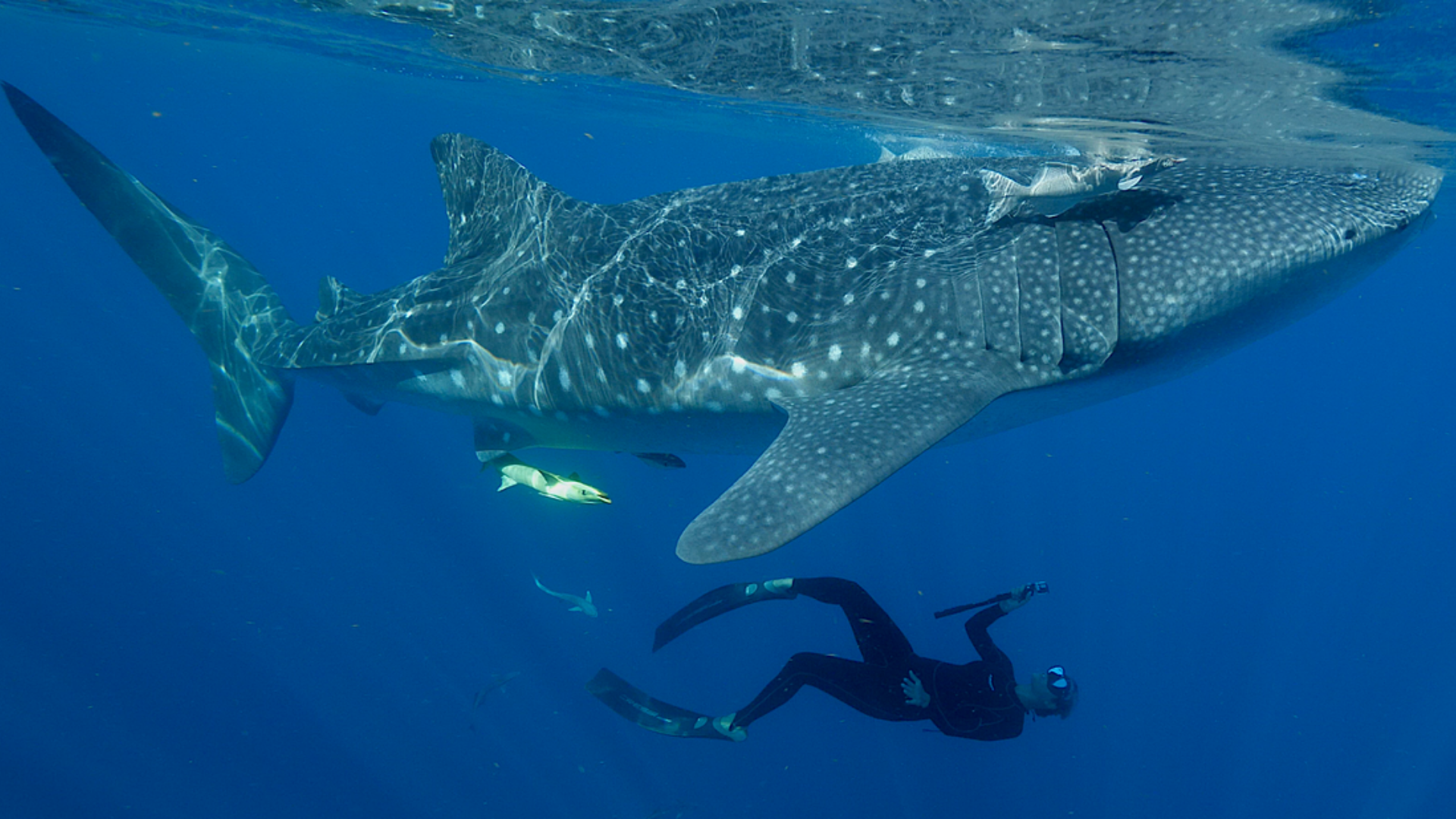 Sharks are fascinating creatures.  Over the years, sharks have often been misunderstood and this helped create a negative perception of sharks.  Gradually, that perception is beginning to shift and sharks are being seen in a more positive light.  If anything, we should be more afraid of not seeing sharks.  Our marine environment has a delicate balance, and everything is interconnected.  Sharks play a vital role in maintaining the health of our oceans, keeping marine ecosystems in balance and our coral reefs in check.  Seeing a healthy population of sharks is typically a positive indicator of a healthy coral reef.

The Cayman Islands is a designated shark sanctuary.  Sharks and rays are a protected species under Cayman’s National Conservation Law.  Here in the Cayman Islands, there are eight species of sharks commonly found in our waters including: Great Hammerhead, Nurse shark, Lemon shark, Caribbean Reef shark, Blacktip, Tiger shark, Oceanic Whitetip and Silky shark. Amongst the variety of shark species found in the Cayman Islands, some species of sharks reside in Cayman waters all year long and inhabit coastal waters.  For many, ocean conservationists, underwater photographers, snorkelers and divers it is considered a privilege to encounter these incredible creatures.  The more people care about sharks, begin to understand the valuable role sharks play for the betterment of our marine ecosystems, and understand the urgency to protect sharks there will be a positive shift in the perception of sharks.  Sharks should be respected not feared.  At the end of the day, people protect what they love.

There is still so much to learn about sharks and their behaviors.  Education about sharks is key in helping raise awareness about the valuable role sharks play in our marine environment and why protection of sharks is vital.  Jessica Harvey has developed a fascinating documentary series Shark School with Jessica Harvey to help educate people of all ages about sharks.

What inspired your Shark Series?

JH: The Guy Harvey Ocean Foundation conducts expeditions around the world to study and interact with different shark species. We have had such incredible experiences with the largest, fastest and hardest to find sharks and we wanted to share them with them world.

What is the aim of the Shark Series?

JH: Our new documentary, Shark School with Jessica Harvey, aims to educate people of all ages on the biology, behaviour and especially the plight of sharks. The documentary brings a fun twist to learning and is aimed at students ages 8-18 although it is entertaining for the entire family. We want people of all demographics to be knowledgeable on the threats that sharks, and our oceans in general face and we want to have a conversation about how we can all make a difference through lifestyle changes, big or small.

How does the educational series help change the negative perception of sharks to a more positive one?

JH: The media has sensationalized human-shark interactions creating fear around sharing waters with them. Our documentary shows true behaviour and true interactions. Being in the water with sharks can be dangerous, but we can take safety precautions and behave in a way that is not threatening to them and have experiences that will last a lifetime! The more we can convince people to care about sharks, the more the species and ultimately the ocean ecosystem will benefit.

What are some surprising facts about sharks?

JH: Sharks have senses that humans don’t. The ampullae of Lorenzini on their head and snout pick up electrical impulses in the water and the lateral line system picks up pressure changes in their surroundings making them very effective at finding and catching their prey. It also helps them to identify their prey. For example, a fish eating shark will not be attracted to humans swimming in the water because we are simply too big and move differently to a fish, and they can sense these things from a distance.

How would you describe the important role sharks play in our local marine environment?

JH: Sharks are at the top of the food chain. Not only do they control the populations of animals in the trophic levels below them, they also act as garbage collectors cleaning up sick, injured or dying animals keeping disease in check. If you take the coral reef for example, if we lost all species of reef sharks the effects have the potential to cascade down the trophic levels in a cycle of population increases and decreases all the way down to affecting the corals themselves – eventually the coral could become smothered in algae and die. It’s pretty fascinating!

What are some of the species of sharks you have encountered?

What is your favorite species of shark?

JH: This is the hardest question! I love all sharks first of all, but among my favourites are tigers, whale sharks and hammerheads…..oh! and oceanic whitetips! How do you choose?!

Tell us more about your documentary Shark School?

JH: The documentary was produced by 2-time Emmy award winner and fellow adventurer, George Schellenger. His passion for sharks and space simultaneously is second to none and he really puts his heart and soul into the stories that he tells through cinematography. Shark School with Jessica Harvey was also endorsed by KIDS FIRST – The Coalition For Quality Children’s Media, who rated it 5 out of 5 stars!

What are some of the main topics covered in your documentary?

JH: The documentary takes you on an underwater journey to learn about the biology, behaviour, evolution, threats and research being conducted by the Guy Harvey Research Institute (GHRI) of 10 shark species from the largest shark, the whale shark, to the fastest shark, the mako shark and everything in between. It also covers some interesting facts about other sharks that the GHRI does not study, like the pygmy shark, and uncovers a secret about the so-called Great White Shark.

Tell us more about your shark conservation efforts?

JH: GHOF and GHRI tag and track multiple shark species across the Western Atlantic and Caribbean to learn about their migratory behviour and identify key habits used for activities such as feeding, mating and birthing. Since beginning this type of research in 1999, we have contributed scientific evidence to policy makers influencing changes in laws and management plans in favour of protecting sharks and their habitats. For example, the Bahamas and the Cayman Islands EEZs were both designated as shark sanctuaries due to the results of scientific research provided by our studies. Shortfin mako sharks were also added to CITES Appendix II, after studies by GHRI showed that 30% of tagged mako sharks were harvested. This was a huge achievement!

View the documentary on Amazon Prime, click this link

For more, videos visit www.ghof.org and watch for free!