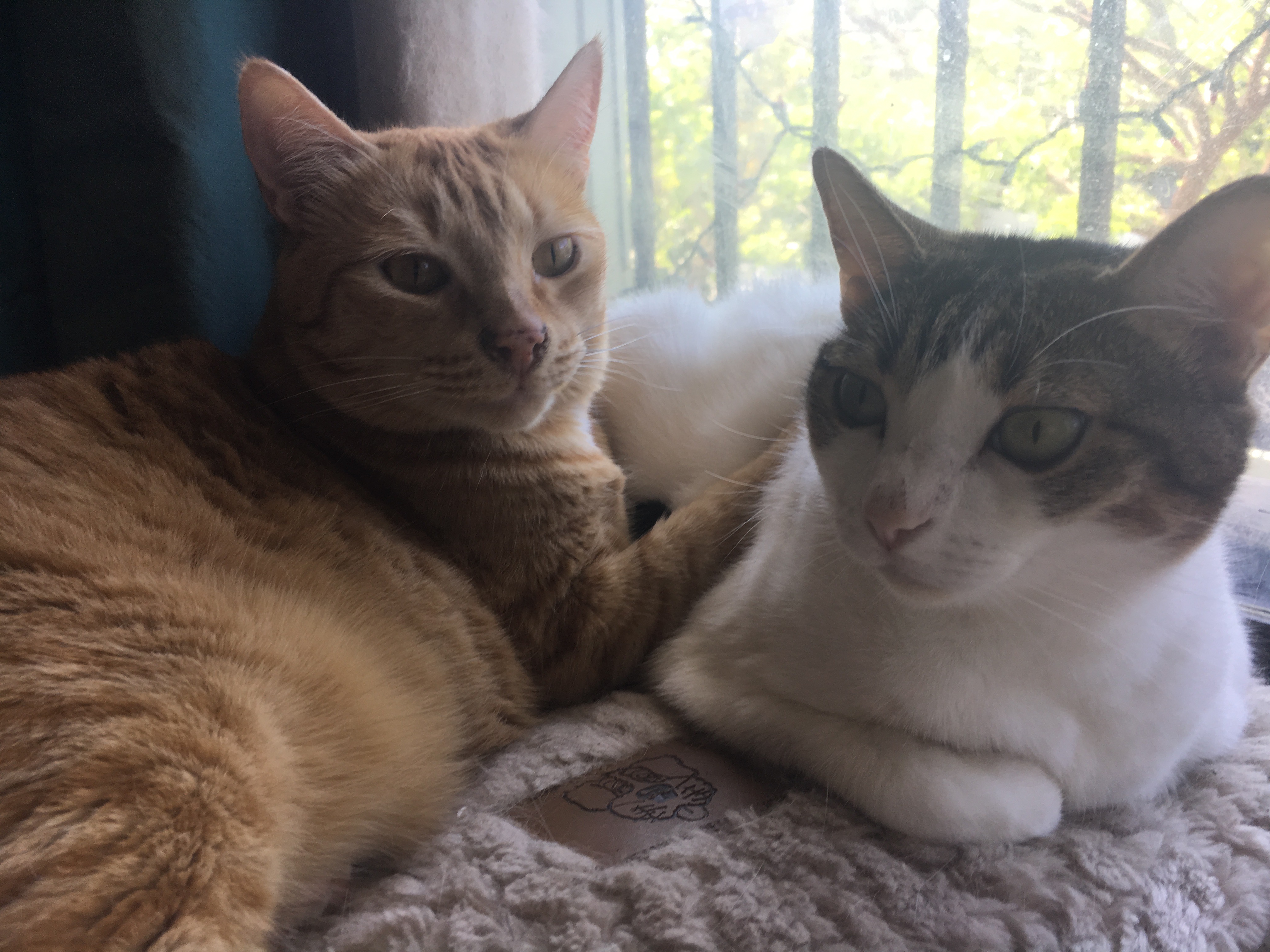 As a proud pet parent of two rescue fur-babies (cats) Kiwi and Sparta, I can wholeheartedly say they have truly enriched my life.  My boys are the best part of my day.  I can still vividly remember the day I brought home Sparta and Kiwi, we were an instant family— they found their human.  There is an inexplicable bond between people and their pets.  I have often wondered about the life Kiwi and Sparta had before they were rescued and adopted.  Kiwi was only 4 weeks old when I adopted him.  It breaks my heart to think he was separated from his mother and family at such a young age.  He has grown up to be a little bit of a mischievous one.  He is a little charmer, absolutely loves to socialise and be at the centre of attention.  His brother, Sparta was a year old.  It was evident that he had been rescued from a negative environment.  My heart sank, because Sparta has such a gentle and adoring demeanour about him.  I can’t even begin to fathom how there are people in this world that can be cruel to animals.  Sparta still shows a little hesitation around people.  That being said, for the most part he rebuilt his trust with people.  Luckily, from the first day he seemed to have a sense he had found his home. Sparta is an ever curious cat—as they are.  Unlike Kiwi who loves everybody, Sparta has his favourites.  One lesson rescue pets teach you again and again is that animals have this extraordinary ability to love unconditionally.  Even rescue pets that have been through horrific circumstances still find it within them the capacity to love and embrace their new family.

Adopting a rescue cat or dog is essentially giving them a second chance at a better life.  It’s heartbreaking to think of the reasons a loving dog or cat has been dropped off at a local animal shelter.  The reasons can vary, maybe they were found as a stray wandering the streets, their owners moved to another country, their new home doesn’t allow pets, the animal developed a medical condition, the animal was removed from an abusive home or they were dropped off abandoned.  Whatever the reason, they deserve better and a chance at finding their forever home and a family.  Yes, by adopting a rescue pet you are saving a life, but it is also life changing for you.  Animals will permanently make an impression upon your heart.  They truly become a member of the family.  Adopting a rescue animal is a commitment.

2. Help Reduce The Strain and Overflow of Animals in a Shelter

Animal shelter’s unfortunately have limited space.  By adopting a rescue cat or dog you not only give them a home, but you allow for a homeless cat or dog to have a place to be cared for until they are adopted.  Most animal shelters rely solely on donations.  So, adopting animals also helps reduce the financial strain for shelters.

3. You Become a part of Something Meaningful

There is an incredible community of people who have adopted rescue animals and also volunteer their time to continue to help local animal shelters.  Rescuing animals is a noble cause.  I have met some of the most amazing people from volunteering at our local Humane Society.  Great friendships and of course I know even more lovely rescue animals.

4. Pets are the Best Medicine

Pets are amazing at boosting your mood and bringing genuine joy to your life. Their love is unconditional. Studies show that animals can contribute to a positive impact on your mental and physical health.  There are specific breeds of dogs that are perfect for work as a service dog.  Other dogs are being trained to be therapy dogs.  I remember during exam week in university, puppies were brought in to help students reduce their stress and anxiety before sitting an exam.  Cats are great at giving cuddles— it’s their way of giving a hug when you need it most.  Animals are just amazing like that.

5. You can be a Foster Pet Parent

Fostering a rescue pet is just as important and meaningful as adopting.  There are different reasons an animal may need to be fostered.  For example, lack of space in the shelter or needing help with medical care or rehabilitation.  Even if your pet parenting time is temporary, you have still given a rescue animal(s) a loving home and contributed to making a positive impact in their life.