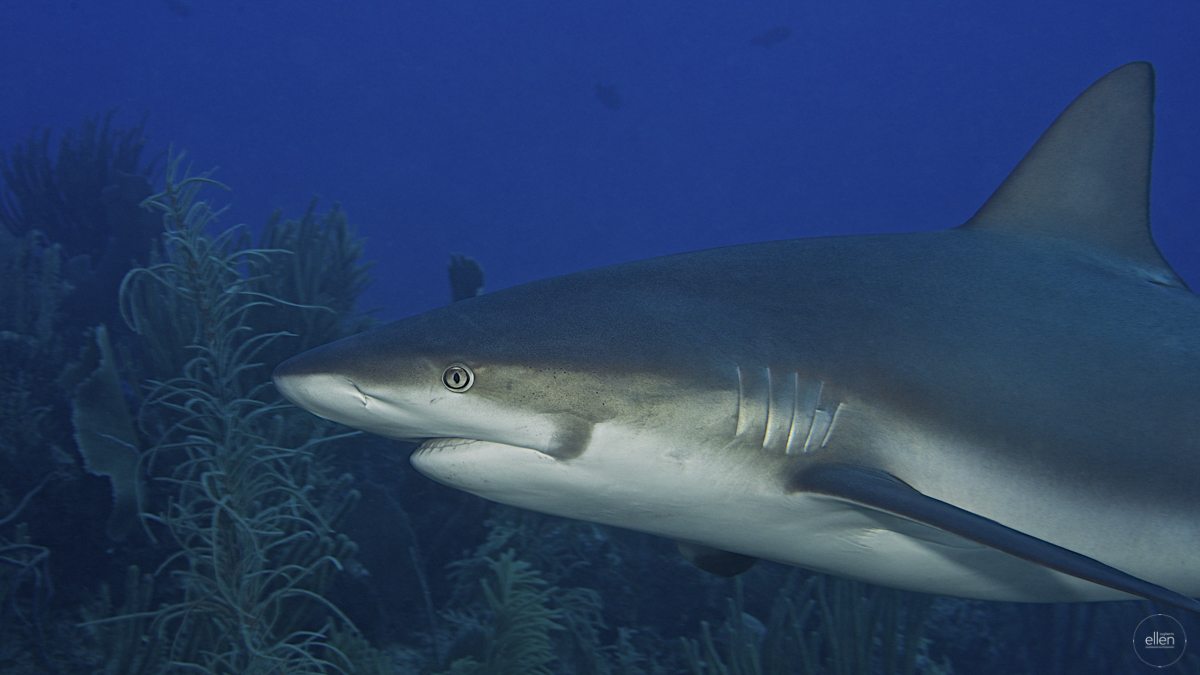 Sharks play an integral role in protecting the balance of coral reef ecosystems and the marine environment.  Since April 2015, the National Conservation Law provides protection for sharks and rays in the Cayman Islands.  Provisions under the National Conservation Law effectively make Cayman Waters a sharks and rays sanctuary.  All shark species are protected in the entire Cayman Waters including, coastal and offshore.  This year marks the 3rd anniversary of protecting sharks and rays in the Cayman Islands.  Shark conservation efforts continue to remain a priority as sharks are an invaluable species to our island’s marine environment and coral reef ecosystems.  There are 8 species of sharks that can be regularly found in Cayman waters including: Great Hammerhead, Lemon Shark, Caribbean Reef Shark, Blacktip, Tiger Shark, Oceanic Whitetip, Silky Shark, and Nurse Stark.  Some species of sharks found in Cayman waters reside all year long inhabiting coastal waters.  Whereas, other species of sharks are pelagic and seasonally pass through Cayman while on migratory routes.

The Cayman Islands is synonymous with marine tourism and famous for being one of the most popular diving destinations in the world, with over 365 dive sites.  Some of our most popular dive sites include: Eden Rock, Devil’s Grotto, US Kittiwake and Soto’s Wall.  Marine Conservation International and DOE reported that the added value of marine tourism of having sharks on the reefs for visitors to see is about US$54 million per year.  Thus, it is paramount that ocean conservation remains at the forefront.  In particular, marine protected areas play an integral role in protecting sharks and their prey as well as fragile coral reef ecosystems.  Marine Protected Areas have proven successful in providing fragile ecosystems the necessary time and ideal environmental conditions to allow coral reefs, sharks and fish populations to recover from fishing pressure, storm damage, diseases and other impacts.  A healthy population of sharks is crucial to maintaining the balance of life on coral reefs.  Furthermore, Marine Protected Areas help protect biodiversity which is key for flourishing ecosystems and an added benefit for marine tourism.

Shark Conservation in the Cayman Islands

Conservation efforts are a collaboration between the Department of Environment (DOE) and Marine Conservation International supported by the White Tip Conservation Fund from CayBrew and include various complimentary research methods aiming to better our understanding of our local shark population and their behaviour.  Ongoing work includes: monitoring and study of local shark populations through Shark Conservation Cayman’s Sharklogger program, acoustic tagging of local sharks, and baited remote underwater video (BRUV) surveys.  The comprehensive measures and continued research provide researchers with a wide range of data to help them gain a better understanding of sharks in the Cayman Islands, including our local shark populations and their behaviour.  To share the knowledge about the important role sharks play in helping to maintain the health of our islands’ coral reef and marine ecosystem with our local community, Shark Conservation Cayman talks to students and children in schools upon request.

New shark protection signs are now installed on all public docks and boat ramps to remind the public that sharks are protected in the Cayman Islands as our waters provide a sanctuary for all shark species.

It is such privilege to see sharks in their natural habitat.  Sharks are one of the most misunderstood marine animals, and unfortunately their reputation has greatly been tarnished by negative portrayals of these majestic creatures.  Hence, an important element of shark conservation efforts in the Cayman Islands is raising awareness about the important role sharks play in maintaining a healthy marine environment and sharing knowledge about sharks as a means to encourage a positive attitude and perception of sharks.  Sharks are to be respected not feared.

If you do happen to see a shark whilst diving and/or snorkelling in the Cayman Islands, contact Shark Conservation Cayman to add your shark sighting to the extensive database of shark records.  Shark populations in the Cayman Islands are relatively fragile and numbers are small.  Thus, making the reporting of shark sightings and adding to Shark Conservation Cayman’s database is vital to maintain accurate assessments of shark populations in Cayman waters.  If you are a passionate local diver, snorkeler or diving centre join the Sharklogger network! Local divers help with the monitoring of our local shark population by sharing their dive logs.  The dive and shark information is highly beneficial and complements ongoing research of our local sharks.

Join the Sharklogger network and get more information, email sharkloggers@gmail.com