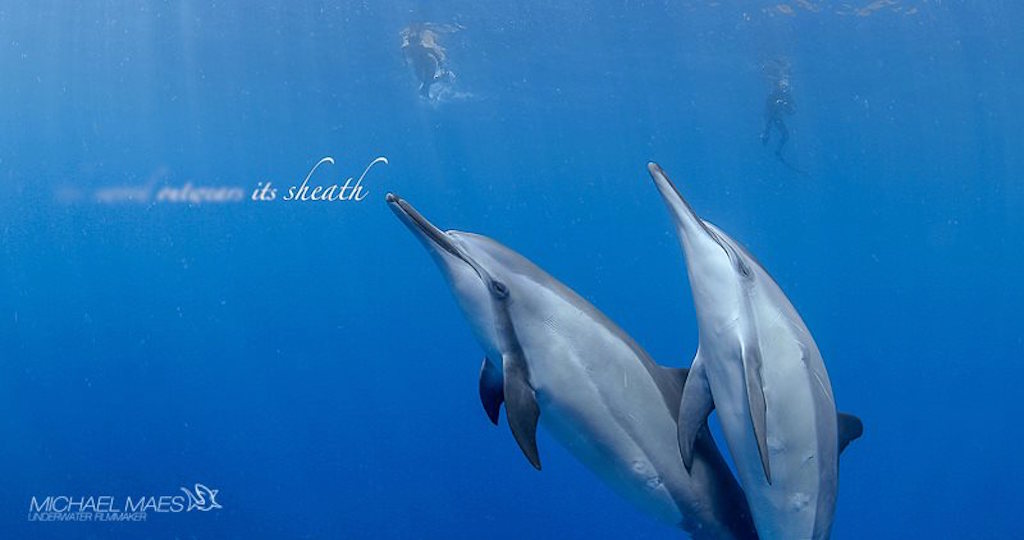 “And the heart must pause to breathe,” words of the legendary poet Lord Byron. These poetic words capture the experience of watching the artistic work of Michael Maes short film “Byron Beholds Kona.” This short film will capture your heart from the start, as you will become immersed in the purity and the spellbinding beauty of the ocean and the wildlife. Most importantly, you will become enthralled by the poetic connection between the ocean and film. Maes, has chosen the words of Lord Byron’s So We’ll Go No More a Roving to accompany the stunning cinematic journey viewers are taken on in the waters of Kona, Hawaii. It’s safe to say Mr. Maes, has created an interesting genre of film called “Poetry eMotion.”

Poetry eMotion: How it came to be…

Michael Maes says, his wife, Ellen Cuylaerts, told him that “some of his footage is poetry in her eyes” and she, “encouraged him to reach out to poems through his films.” Through the diligent process of filming and editing, Maes recognized the poetic approach and care he took when both filming and editing his work. It is evident that there is a poetic drive behind his work, as Maes has such deep respect for the ocean and wildlife. He uses both his talent and passion to capture the true essence of nature, through underwater cinematic photography and filming. His footage brings to light the raw emotion, art and poetry which nature creates, all of which should be both respected and cherished. Ellen Cuylaerts challenged her husband to incorporate poetry into his film as well as seeing the poetry embedded within his work. Michael found this challenge to be both “refreshing and forced him to rethink his music videos into her new concept.”

Mr. Maes says, “I am very proud and deeply honored I can announce my latest film “Byron Beholds Kona” made it as a finalist to the prestigious Ocean Geographic “Pictures of the Year 2014” contest.” His film also received the exciting “Best Director” award at the European Silently – Short underwater movie festival Belgrade / Nečujno FKPF Beograd Festival 2014.  The film was also screened at the prestigious European Festival Mondial de l’Image Sous-Marine – Marseille, France. As well as, being screened at the UNLIKE Cayman 2014 festival at Camana Bay.  Additionally, ”Byron Beholds Kona” has won the “Eric Bettens Award for Outstanding Music Adaptation” in the prestigious Ocean Geographic “Pictures Of The Year” contest.

Enjoy the breathtaking cinematic journey in the waters of Kona, Hawaii. Let the poetry of nature, art and film speak to you.